Just thought I'd send an update from life today on Reagan. Some of you have seen of this and some haven't. Its been quite a week. Many challenging times, avoiding radioactive plumes and contamination in the environment both air and water. Sailors here are happy to help in such a trifold disaster but its also been pretty scary at times for us too. I think all the rad we've seen is safe low levels but we do hear of high levels now and again.

Since we are a nuclear carrier we have all the requisite devices to measure radiation in the environment and keep the ship safe, however, not sure the chain of command ever considered having to use these devices in a situation quite like this.

The girls - an update

I have been remiss in posting updates and photos on family activities.

Since I last wrote the Little Athletics season finished. Miss 7 and 9 both ended up with two medals - a bronze and a silver each.

Miss 7 competed in a gymkanah at the riding school she goes to. It was a VERY HOT day but she enjoyed hereself. Here's a picture of her with the ribbons she won: 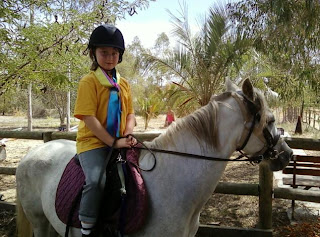 Miss 9 has been doing more cooking - including a very tasty Guinness Pie: 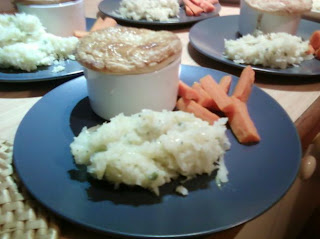 Both girls have changed from Girl Guides to Cub Scouts. The Guides group they were in weren't very outdoory or active. Cub Scouts suits them better. Already this term they have done a 'cub-tiki': 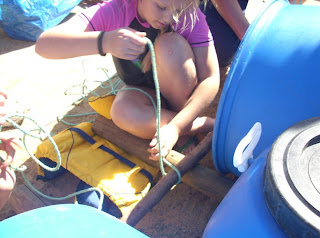 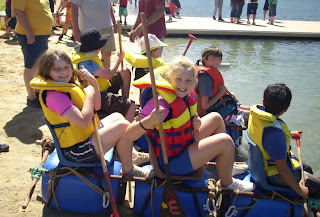 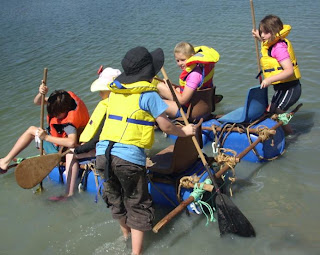 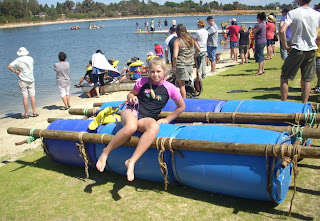 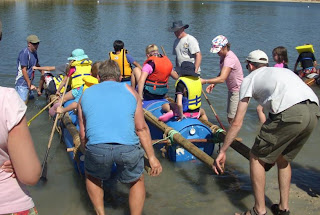 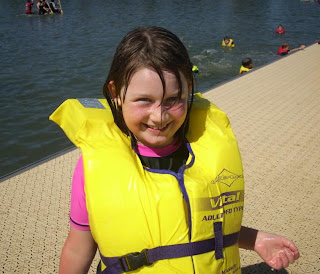 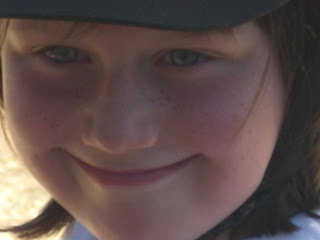 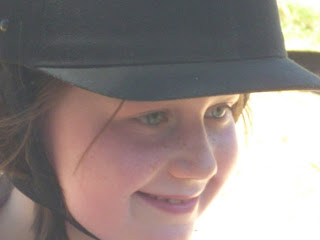 This is still a democracy, we'll just tell you how to parent ...

NSW Greens out to ban junk food in schools

THE NSW Greens will introduce legislation to ban the sale and advertising of "junk" foods in schools when a new parliament is formed after Saturday's state election.

The party is expected to win at least one lower house seat and could hold the balance of power in the Upper House.

It wants a "traffic-light" labelling system on all packaged foods and in fast-food outlets.

"We know that red, amber and green signals on salt, fat and sugar are the very kind of signals that allow consumers to make the right decisions as they're making those quick decisions heading down the grocery aisles," Mr Shoebridge said in Sydney today.

"The fast-food companies and some of the manufacturers of various junk foods sneak into the schools by sponsoring various programs," Dr Stanton said at the same press conference.

Mr Shoebridge said the NSW Greens would take action once parliament was formed after the election.

"We will be putting legislation before the state government to ban the promotion and the sale of junk foods in any schools here in New South Wales," he said.

Other Greens proposals include banning the advertising of foods high in fat, sugar and salt during prime television hours for children.

Australian Greens Leader Bob Brown, who joined Mr Shoebridge and Dr Stanton for the announcement, said his party was out to curb obesity.

"The Greens are the people who will take legislative action at both state and federal levels on doing something about the obesity problem which is growing in Australia," Senator Brown said.

But fast-food restaurants and fish-and-chip shops were not in danger of being shut down, he said.

"Some other (political) party might be but this is a democracy."

Grrrrr ... seriously, in my opinion it is up to the PARENTS to determine what their children eat.

I hate the "legislate because people can't parent" attitude that seems to be permeating our society.

(I know I'm not in NSW but as you can see they are aiming to broaden this to a federal level too).
Posted by Julie at 9:29 AM 6 comments:

A SNAKE who bit Israeli model and actress Orit Fox in the chest died after being poisoned by an unusual venom - the silicone in the buxom blonde's surgically enhanced breasts.

Spanish TV channel Telecinco's footage of Fox's encounter was racking up YouTube hits Monday, with some users lamenting, "R.I.P. snake," and the less-informed commenting: "I wish I was that snake!"

The video shows the model fondling and licking the serpent for a feature in Israeli DJ Shmulik Tayar's radio show, before the snake got fresh with Fox and latched on to her bountiful left breast.

The model yelped as a man wearing a T-shirt with a Spanish profanity written on the back rushed over to help.

Fox was taken to Hillel Yaffe Hospital in Hadera, northwest of Jerusalem. After a tetanus shot and a few hours of observation, she was released, according to Telecinco.

But the snake did not fare so well. Days later, Telecinco reported that the creature had died of silicone poisoning.

What do men think of apart from sex?

Well you can buy the book and find out. Except that the book has sold out on Amazon.

The author's next research project is a PhD on the subject of what women think apart from sex.

Apparently RALPH (the men's magazine) expects the book to be 1000 pages of text.

Why would you ask THAT question?

On the ninemsn home page there was a poll asking this question:

Should the number of kids removed from at-risk homes be capped?

My first thought was "why on earth would anyone even ask the question" so I went looking.

A quick google turned up the following:

COMMUNITY Services minister Linda Burney has slammed the Liberal Party’s plan to cap the number of children taken into care.

She said the policy would place the most vulnerable children in society in extreme danger.

``Barry O’Farrell is putting kids lives at risk to save a buck,’’ Ms Burney said.

``It is one thing to talk about savings through job cuts, but to attempt to save money by returning children to where they have been abused or neglected beggars belief.

``When I heard of the Liberals plan it sickened me.’‘

This morning, it was revealed the NSW Liberals plan to cap the number of children taken into care for the next four years.

After which, they plan to reduce the number of children in care by 20 per cent.

``Keeping children safe should be the first consideration of any policy on child protection.

``At present, trained and experienced caseworkers and the court system make the decisions regarding the removal of kids based on what is in the best interests of the child.’‘

Under the Liberals for former abusive parents to get their child back, they would have to sign a contract saying they no longer have a drug or alcohol problem and have not committed an act of domestic violence for two years.

While I have issues with people wanting the .gov to parent their (or others) children I have even greater problems with a proposal to "cap the number of children taken into care".

One would hope that they're are only taking children who need to be "rescued" into care and if this is the case then how do you "cap" it?

I also think that asking parents to sign a contract is just ridiculous.

I'm not sure what the intent of the proposal is. If it is to "save money" then I could think of a lot of other things that should be considered before this. If it is to bring about some social change then I don't think it will achieve anything at all.

Don't worry it's only for the weekend!

As I don't work Friday and Monday is a public holiday I've decided to take Shooting Buddy and head out for some hunting.

We're going to a "new" property "up north". It's only a smallish one, and we're not sure if there are any animals there but if not, we'll move across to the place we normally hunt at.

I'm looking forward to a good break - hope hubby will survive with the girls, as he's still not able to drive they'll be house-bound!

BTW Hubby has now started to walk without the crutches and seems to be going well.
Posted by Julie at 7:24 PM 4 comments: