Family Holiday – Melbourne and the Gold Coast – Part I

We flew to Melbourne on June 5th and after getting stuck on the runway (another plane was still in our bay)for about 45mins we finally got off the plane and found our hire car.

Negotiating Melbourne traffic (in the dark) to get to our rellies house was interesting to say the least I'm so glad my husband was driving!

Anyway once we found the house and got inside it was really nice to spend some time chatting and catching up.

We were in Melbourne from the Friday night to the Wednesday morning.

Saturday was spent in the city (we trained in and trammed out). The highlights of the day were the Queen Vic markets (where we bought some very warm jackets – Melb is COLD) and the Aquarium. They had a Emperor and Gentoo Penguin exhibit. I could have spent all day watching the penguins. The rest of the aquarium was also interesting – definitely money well spent. 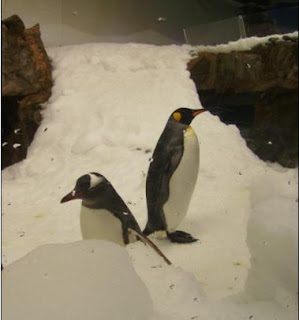 Our rellies had a group of friends over on the Saturday night and it was interesting to chat with a number of them. I sounded a few out for suggestions of where we could spend the Monday. One of the suggestions was to visit the Innocent Bystanders Winery in Healesville.

On the Sunday I had arranged to meet up with a group of on-line friends for lunch. So we had a nice quite morning and then made our way to the restaurant. I have met some of the people before and it was nice to see them again and also meet (in person) two others that I chat to regularly on-line.

On the Monday we made our way out to the restaurant and was not really surprised to find the place booked out. However, they did offer to let us sit out on the verandah, which, as there were heaters it wasn't too bad (did I mention that Melbourne was COLD).

I can thoroughly recommend the winery. The food was wonderful and so was the wine. Actually the wine was SO GOOD we ordered a six pack to be sent to our house back in Perth (the wine was on special for 50% off with free delivery – couldn't resist!). The winery also had a bakery area, a cheese area and both the bread and cheese were delicious.

After a delicious lunch and coffee we visited the Healesville Sanctuary. Again a really enjoyable place. We got to see a Platypus, two Bilbies and a Tasmanian Devil. Normally these animals are hiding when I want to look at them. There was also a Lyre Bird who did a brilliant impression of a tree full of Kookaburras and a siren. 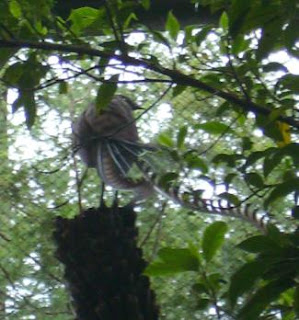 The girls spent the evening teaching their cousin how to make Panir Cheese.

The Tuesday was spent on the Puffin Billy Railway – a steam train that make its way through some lovely scenery. The temperature was around 10deg C and the steam train had open sides to allow a good view of the landscape! 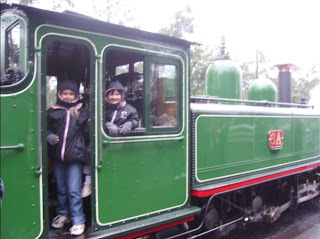 The train went from Belgrave to Lakeside – we had an hour at Lakeside before the train returned. There was a model train exhibit there which was fascinating. 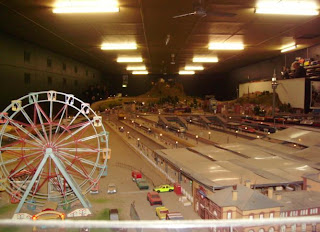 Once we returned to Belgrave we did a bit of a drive around the area before returning to Melbourne. 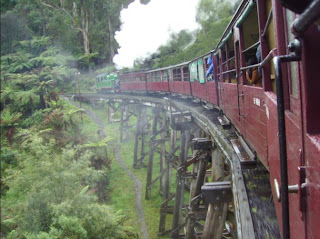 On Wednesday we flew to the Gold Coast. We heard that it snowed on the Tuesday night up near Healesville and Belgrave – see, I told you it was cold.

Here's a map of our travels: 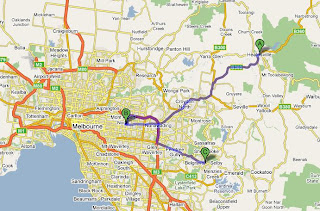 A is Healesville
B is where we were staying in Melboure (a very interesting suburb called Box Hill)
C is Belgrave (Lakeside where the train terminated is just near Emerald)
Posted by Julie at 8:47 PM