Just got back from a couple of days away “up north”.

Travellers: Shooting Buddy, Miss 9, Miss 7 and myself
Primary Destination: Dongara, beautiful and huge house owned by Shooting Buddy’s friends
Primary Purpose: To get away and give the girls a good time before they start back at school 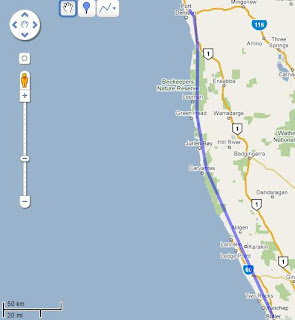 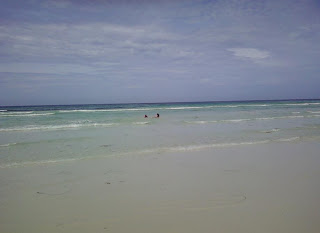 Challenges: Miss 7 getting stung by a Portuguese man-of-war.

I had asked the locals about stingers and they assured me there were never any at that beach. Unfortunately when she got stung none of us realised that the recommended treatment for these are different to most jellyfish stings so we did all the wrong things – fresh water and vinegar. She really wasn’t a happy camper for the next couple of days. She is now, however, fully recovered. 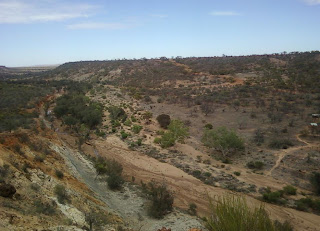 **Horses at property near Three Springs 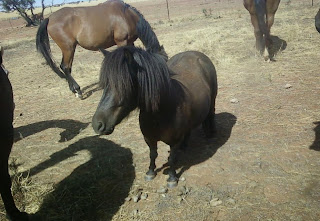 **Scooping out the Arino property for future shooting trips
Challenges:
**Shooting Buddy’s navigational skills – which resulted in some interesting side-trips
**Everything being shut, as it was Sunday 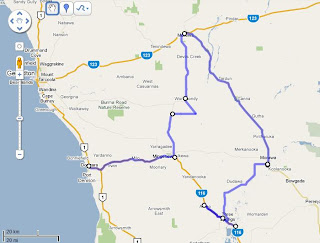 Summary:
We decided to go and check out a property that our friends own near Three Springs. We left mid-morning and was planning to have a bit of a look around on the way. Shooting buddy wants to move up to this area so we’re doing some preliminary house hunting. We were also hoping to find somewhere for a nice lunch and get to the property late afternoon to see if we could find some rabbits for the girls to shoot at.

After leaving Mingenew we passed a turn-off for Coalseam Park. Shooting buddy had never been out there, nor had the rest of us - so we travelled the 30kms (or so) and got to this WONDERFUL area. You could tell that the place would be spectacular in wildflower season so we’ve pencilled in a return trip in September. We did get out of the car to look over the edge of a cliff but it was HOT so we decided that further exploration would have to wait.

On the return journey we came to a T-junction (we had entered from the left originally). I mentioned this to the driver, but he was convinced we needed to go right … so we did. It wasn’t until we ended up in Mullewa that he questioned why we were there. Nice town though – and the service station does a good serve of chips :) … Nothing else was open being a Sunday.

We then headed for Morawa (our original destination) where we had planned a good cup of tea at the bakery – only to discover that it had closed down :( Oh well, off to Three Springs.

When we got there we discovered that everything – including the service station – was shut :( … we did look around at a few houses and then took a drive out to one of the properties where they had horses. Miss 7 is horse mad. After seeing the horses we had a break from the car on this family’s back porch (they weren’t there, but shooting buddy is “known”). The temp gauge there said 39.9C .. and that was in the shade.

After a refreshing cuppa (and ice-cream) we headed out to the farm to see if we could see some rabbits. We’ve been given directions to this property and mud maps in the past but have never been able to actually find it. This time, however, we were lucky. Even though it was now after 5pm it was still hot so we didn’t think there would be much wildlife around.

However, we saw two kangaroos before we got the guns out! We took a drive around the property and spotted another kangaroo, but that was it. There were lots of diggings and it look liked a lizard of some sort had dug out most of the rabbit holes. There were a number of fox and other tracks around so it would be a good property to do some spot lighting on.

However, while we were trying to decide whether to stay until after dark we got a call from our friends in Dongara. They were off to Perth the next day and were wondering when we were planning to be back as they wanted to catch us before they left.

So we decided that we’ld have to leave the property for another time and headed back to Dongara. 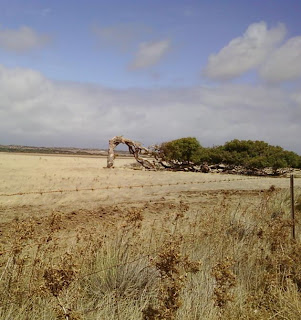 **For the girls – playing at the play ground 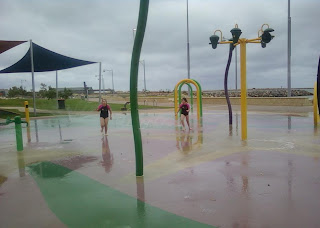 Summary:
Shooting buddy suggested that we head up to Geraldton on the Monday. We were told about a lovely winery just outside of Geraldton so had pencilled that in for lunch.

We drove up to Geraldton, had a cuppa and the girls played on the playground for a while. We then took a walk around and did some shopping (Miss 7 needed new bathers). We found the Tourist Information centre to check where the winery was, but were told that it was closed on Mondays, so we then looked around for somewhere else for lunch. I was hoping for something overlooking the ocean, but everything was shut. Eventually we ended up at a place that Shooting buddy recommended – Topolinio’s – which was a good choice as the food was stunning!

After a nice leisurely lunch, we headed back to the playground – as there was a small water park that the girls wanted to play in. It was drizzling by this time (the weather had been very humid the whole time we were there), but that didn’t put them off. So they played, while Shooting Buddy and I sat in the car and rested :)

We then headed back down the coast. There was a lot more we could have done and seen in Geraldton, but again, hot and humid isn’t my favourite weather for doing much in! 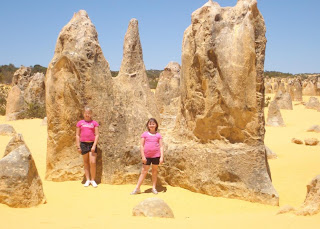 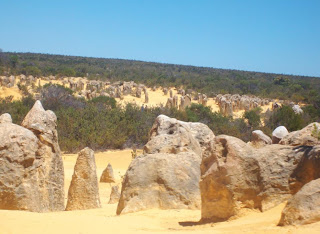 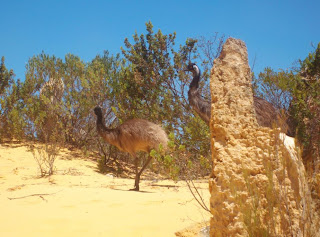 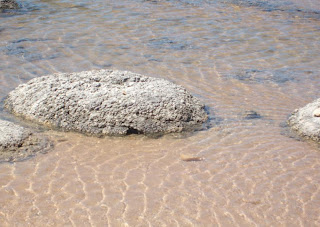 All in all a very good and much needed break. Looking forward to hubby being well enough to join us on our next trip.
Posted by Julie at 1:12 PM

Sounds like a good trip! You're very brave to do it in a Corolla! I have to say those beaches look really really good right about now.

Sounds like 'somebody' needs to invest in a GPS :-) Sounds like a fun trip, and I echo Skul... Those damn things HURT!

Enjoyed your road trip description - done some of those things myself - and you seemed to make the most of it all - what a way to enjoy it!