Today was a good day.  Started early, up at 5am for the local dawn service - here we are waiting for the march to start: 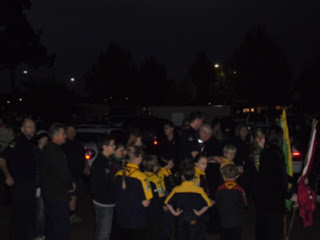 Miss 8 carried one of the flags. 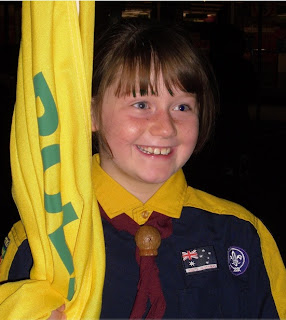 Just after dawn they marched to the local war memorial 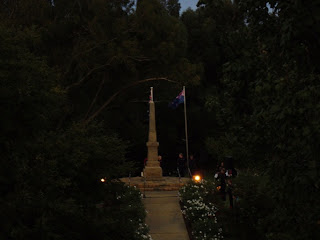 Here's a look across the Scouts and part of the crowd 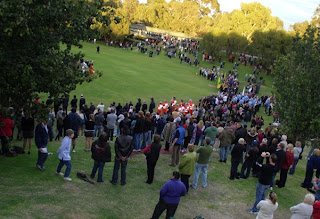 You can see everyone standing in the picture.  When the first veterans in the march entered the park everyone stood and most people remained standing for the duration of the service.

I thought the rememberence service itself was really good.  The focus was on those who had given their lives in service, but also those who were disabled as a result of serving were also remembered.  Mention to was made for the families of those who have and do serve and they were thanked for their part.

After the service we didn't stay for the breakfast that was provided but headed up to the Scout Leader's place for breakfast and a chat.  We ended up staying there until about 11am.

[UPDATE] Here is a link to pictures taken at war memorial at Kings Park.[/UPDATE]

a moment of honor and respect to the ANZAC troops - and to your nations for your sacrifices for freedom.