Hope you all had a wonderful Christmas and a great start to 2010.

We got back from our two weeks away today and I've not yet had time to catch up on my blog reading but I will check out all your blogs over the next day or so.

The holiday was FANTASTIC. We stayed at the Gracetown Caravan Park. It's a lovely park and we had a great bay - large, shady and private. The owners put on a BBQ on Christmas Eve (BYO drinks but everything else provided). It was a nice start to the holiday and a great way to meet people. Over the next couple of days the park filled up but we never felt crowded and only occasionally had to wait for a shower. There was quite a lot of wildlife around the park - we had possums visiting our campsite on a few nights.

Some of the "natives" 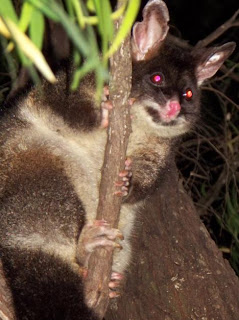 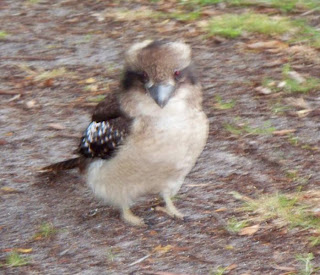 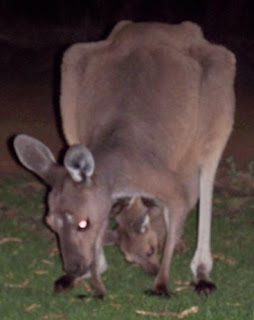 The owners of the park also put on movies at an out door screen every second night. The girls loved these!

The first week was just our family at the site. At the start of the second week we had a good friend join us. As our friend had never been in the south-west before we decided to leave most of our sight-seeing until he arrived and spent the first week hanging around the park and beach.

Miss 8 got a new bike for Christmas and Miss 6 had just graduated to her sister's old bike without trainer wheels. Both quickly adapted to their new bikes and there were only the occasional accident - but nothing serious.

I took the opportunity to re-read Julian May's Saga of Pliocene Exile. I have read all the books before but never one after the other. It was nice to get to read them right through without months between.

The weather was pretty much perfect the whole time. We did have one day where it drizzled a bit and another day or two of humidity but the rest of the time it was even on the cold side! As it is the middle of summer this was a major surprise and I was very glad that I had thrown a jumper in for each of us "just in case".

As the weather was so good, Miss 8 and I decided to do some walking. Our first walk (on our second day at the campground) was a walk to the nearest beach - 4kms away.

Our second walk was part of the Cape to Cape walk. We've done sections of this before (which, for some reason I've not blogged about). This time we decided to do the 11km section from Ellenbrook Homestead to the Rivermouth at Prevelly. One of the nicest sections of this walk was along the beach which started at Joey's Nose. It was a nice walk and Miss 8 did really well!

I was hoping to do another section of the Cape to Cape walk later in the holiday but we just didn't get around to it! Once our friend joined us at the campground we did another walk as a whole "family". It was just outside Margaret River and was called the Old Chimney Walk - 2.7kms. Miss 6 doesn't like walking at all but she did okay and it was nice for the rest of us to get out and about and enjoy the scenery.

Spotted out and about 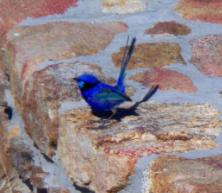 Highlights of the holiday were:

* Gracetown Beach - the girls loved playing along the shoreline and in the rocks. They made friends with some young boys who were catching crabs in the rocks and had a great time crab hunting. Miss 6 also had one of her (baby) teeth knocked out at this beach when she was mucking around with her sister and a wave toppled them. This led to a few tears - but they didn't last long. 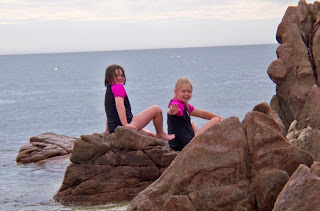 * Canal Rocks - wonderful area for scrambling over rocks and the waves are just spectacular. 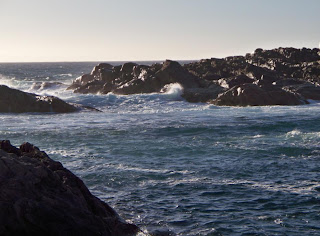 * Redgate Beach - never been to this particular beach before - and as it was the middle of the day when we were there we didn't swim but it was beautiful and is definitely on the list of places to go back to.

Watching the waves at Redgate Beach 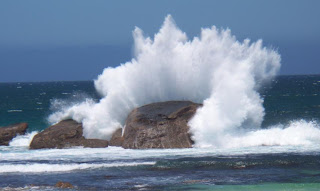 * Wonky Willmill Farm - there are a number of "petting zoo" type places in this area. We've been to a couple previously, but this time we decided to try a new one and we're glad we did. Not only were we the only people visiting at the time - which means you don't have to struggle to see the animals, they also make wonderful coffee (I'm told their scones are also fantastic but we didn't try them).

* Occy's Brewery - well my friend loved this one! Especially the Stout.

* Amberley Estate - I like Amerbley wines - especially the Chenin Blanc. But it was a surprise to discover that they also do a Rose - cellar door only and at $10 a bottle it was a delicious bargain.

* Happs Winery - one of our favourite lables ... my friend loved the Late Picked Verdello and I enjoyed their new White Fuscia. We had a look through the pottery studio too and discovered lots of wonderful - but expensive - objects.

* Dunsborough Beach - this used to be the girls' favourite beach. However, this trip they always chose Gracetown Beach over this one when given the option. However, on the last day of our holiday we found ourselves at the beach at a good swimming time (I don't like the girls swimming between 11am and 4pm). The great thing about this beach is that it's wading depth for about a km out. We had fish & chips at the beach which, apart from the flies, was good.

* Joey's Nose / Cape Mentelle - my friend has a 4WD so we spent a day exploring the area around where Miss 8 and I walked and then hanging out on the beach at Joey's Nose. Unfortunately my friend got VERY SUNBURNT and spent the next couple of days suffering! The area however was lovely and the girls (especially Miss 6) loved going over the bumps! (His car however now needs a new wing mirror!). 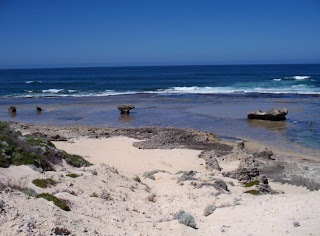 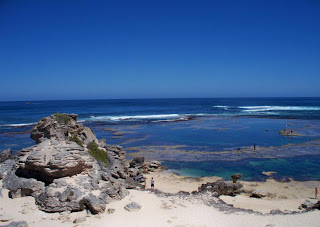 * Cape Leuwin Lighthouse - we also got to the Cape Naturalist lighthouse but was too late to do do a tour of it (we've been before but my friend hadn't). However, we were at the Leuwin Lighthouse in good time for the last tour of the day and my friend and the girls decided to climb it. They all had a great time and hubby and I enjoyed our 30mins of solitude.

In the hills to the North of Cape Leuwin Lighthouse we visited what is considered to be the tallest grass tree (formerly known as a "Blackboy") in Western Australia: 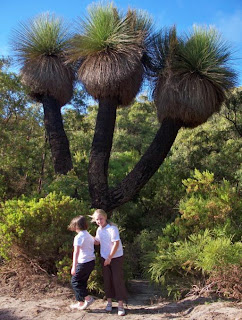 * Boranup Drive - this is a section of road off Caves Road which is forrested with Karri, Marri and Jarrah trees. Very similar to the area around Pemberton (which I blogged about here).

* Playing Monopoly each night - we've not really played board games as a family before but each night of the second week we played an on-going game of Monopoly. I was amazed at how quickly the girls picked up the concept and worked out the money side of things. We're playing the "Australia Here and Now" version.

The holiday was so enjoyable we tried to stay an extra week however the camp ground was booked out :( I guess all good things have to come to an end! But the good news is is that we've booked there for next Christmas!

Great to hear you all had a good time. That area looks so beautiful!