There were 5 stages. There were a couple of small stages: One with gun unloaded on table, start in a box a couple of metres behind. On signal, load gun and hit 5 targets at about 15metres all semi-obscured by no-shoots. Another with three paper targets, three poppers. Start loaded and holstered, on signal shoot the paper targets 2 rounds each, reload shoot paper (2 rounds) & steel. The third was three targets with three boxes. The first one (probably 25m from targets), shoot two rounds each target freestyle, move to the second box (20m) 2 rounds each target, strong hand and then from the final box (15m), 2 rounds each target, weak hand only. I'm pretty good with my weak hand so did well on that stage.

The other two stages were bigger (both 24 rounds each). Nothing stunning about the first one, but on the second one I got 21 of the 24 shots in the A zone (the other 3 in the C zone). So I was pleased with that.

Overall, I did have a few misses but no no-shoots and the majority (by far) of my shots are in the A zone - now I just have to work on getting faster!

The other good thing about today was my PTer came up with me to watch. She's not used a pistol before so I let her have a shot with my 22 first and then with the 9mm. After the shoot (she helped patch & pick up brass) she had more time with the 9mm and loved it :) She wants to come shooting with me again! 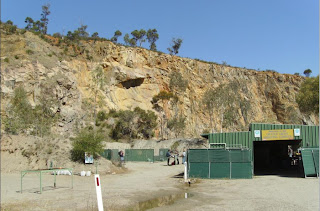 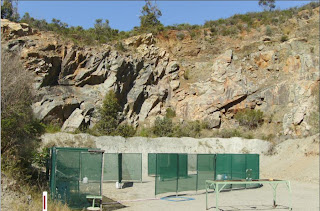